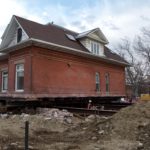 This project involved the new construction of 40 housing units for homeless young adults. The project site consisted of several lots on a city block that included an asphalt parking lot and an historic house which would be directly impacted by the undertaking, resulting in an adverse effect. Extensive coordination with the client and consulting parties resulted in the decision to move the house to a different location within the same setting and the development of a Memorandum of 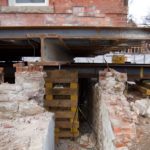 Agreement. Mitigation included local landmarking of several properties on the block, Level II Historic Resource Documentation (per OAHP guidance), archaeological monitoring of the parking lot excavation, and photography of the house move for an interpretive display at the local library. In addition to 106 services, Miniello Consulting provided key parts of the mitigation stipulations and performed the NEPA review.

As a sub consultant for Muller Engineering Company, Miniello Consulting prepared an Historic Resource Survey Report for a proposed Colorado Department of Transportation undertaking that consisted of identifying solutions and improvements for the numerous deficiencies at the I-76 and SH 52 interchange in the town of Hudson in Weld County. Within the Area of Potential Effects, 67 properties were identified, 38 of which were at least 45 years of age. None of the properties were previously listed or determined eligible for listing in the NRHP; the report resulted in the identification of six properties or components of linear resources determined to be eligible for listing in the NRHP. The project resulted in a finding of no historic properties affected.

This Federal Highway-funded undertaking involved the rehabilitation of the historic Illinois Street Bridge over Fall Creek.  Illinois Street is a major one-way street in downtown Indianapolis, and the three span, earth-filled concrete arch structure is a contributing resource to the National Register-listed Indianapolis Park & Boulevard System.  The project posed challenges involving specific rehabilitation methods, new lighting, the introduction of necessary safety improvements, and traffic closures. Consulting party meetings were held, as well as a public information meeting with neighborhood groups and concerned citizens. The alterations were ultimately agreed upon by all involved.

This HUD-funded project involves the rehabilitation of three buildings into 13 affordable housing units and creative community space. All three were determined to be contributing properties in the Corazon de Trinidad National Register Historic District, located in downtown Trinidad. The community has not seen housing investment in decades, and the undertaking will provide a critical influx of affordable housing opportunities while preserving key buildings along Main Street. 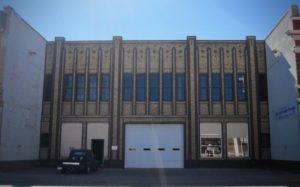 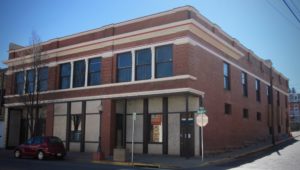 This undertaking utilized HUD funds to assist Habitat for Humanity in the Vail Valley with the construction of six, two-story duplexes on a vacant parcel in the Town of Gypsum. Due to the site’s proximity to a small wetland, a permanent covenant was placed on the property’s continued use to preserve the wetland. Ultimately, the Environmental Assessment resulted in a Finding of No Significant Impact.

This undertaking proposed the use of HUD funds for the phased new construction of 206 senior and affordable housing units. Located near future Transit-Oriented Development (TOD), the vacant site was also home to a prairie dog colony. Challenges presented during the environmental review process included a tight timeline for prairie dog removal, as well as coordination with four Responsible Entities (REs) to ensure their acceptance of the final Environmental Assessment. The EA, which was successfully completed with enough time to allow for publication of the notice and funding approval for all four REs, resulted in a Finding of No Significant Impact.

This undertaking proposed the use of HUD funds for significant rehabilitation of a former dinner theatre for use as permanent supportive housing for homeless households, with a set-aside for homeless veterans. Located in a walkable, commercial area of Fort Collins, the site was within close proximity of an active railroad that impacted outdoor noise sensitive areas. A barrier was included in the design around the outdoor space that would effectively reduce the noise levels to 65 dB or less. The EA resulted in a Finding of No Significant Impact.

Located on land once occupied by Vassar School, this small district consists of six Spanish Revival style bungalows that were constructed 1925-26. Albert L. Franz was responsible for purchasing the school from Denver Public Schools and promptly demolished it. Within 10 days, Franz filed six identical building permits for the one-story brick bungalows (clad in stucco). He utilized the existing topography and materials from the school in the creation of the houses and unique site features.

Miniello Consulting prepared the application for the property owners with financial assistance from Historic Denver Inc.’s Action Fund. The district was officially designated in late 2018. It is notable for having a direct association with the historical development of the city, embodying distinguishing characteristics of an architectural style, and promoting understanding and appreciation of the urban environment by means of distinctive physical characteristics or rarity. You can read about the designation here:

The Essex Apartments building is significant as an early 20th century apartment building designed by William E. Fisher, one of Denver’s most well-known architects. Located in the North Capitol Hill Neighborhood, the building was commissioned by William S. Fisher (likely no relation to William E.) and his mother, Mary. the area was an ideal location for the wealthy, as it was removed from the pollution of downtown. Soon, the middle class followed, and apartments such as this provided an opportunity for them to also find relief from the grime. The building was officially designated in 2018 and is notable for having a direct association with the historical development of the city and being a significant example of the work of a recognized architect. 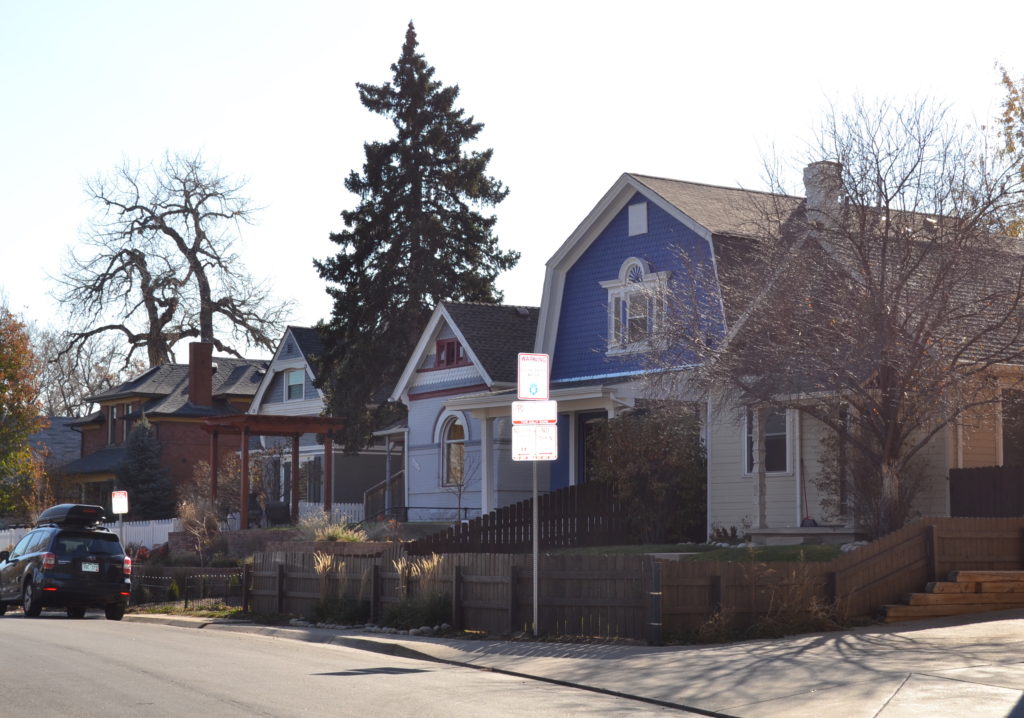 River Drive Historic District is located on West River Drive in the Jefferson Park Neighborhood, one of the oldest established residential areas of Denver. The 17 extant properties that comprise the district were part of the 1881 River Front Addition to the Town of Highlands and represent some of the city’s oldest building stock in a rare surviving and intact portion of the original neighborhood.

Set on a bluff overlooking the South Platte River and downtown, the district was originally home to a number of working-class residents, many of whom were employed by some of the city’s earliest and most influential industries within walking distance or a short streetcar ride away. The district exhibits a high level of physical integrity, and several architectural styles and building types are present among the small number of properties. They include the Terrace Type, Queen Anne, Gable Front, Dutch Colonial, and Foursquare. 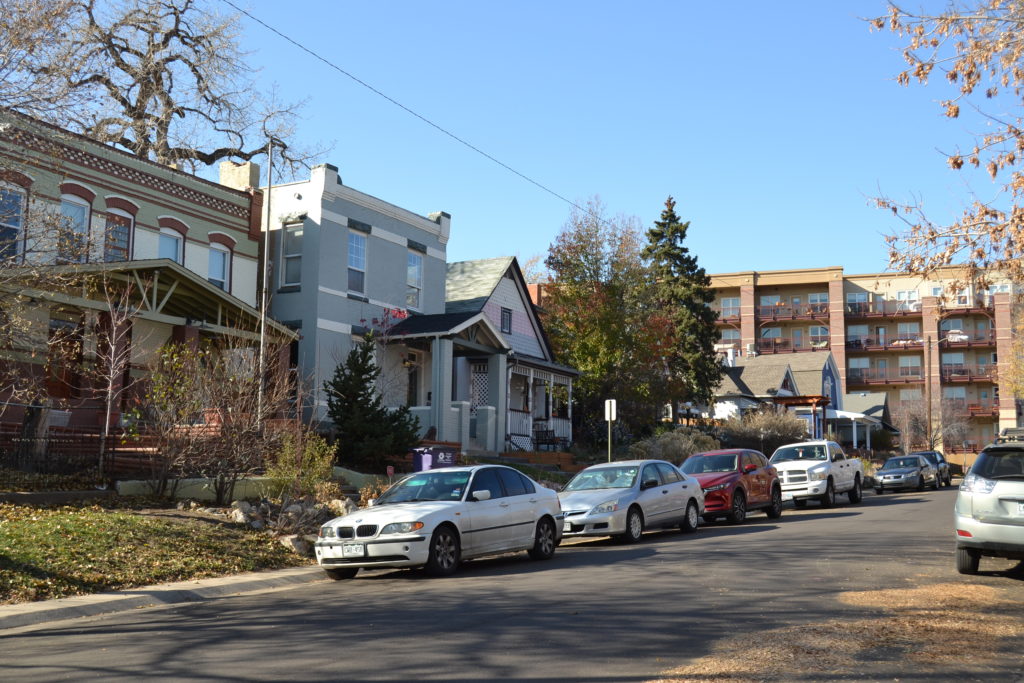 Miniello Consulting prepared the application for the property owners with financial assistance from Historic Denver Inc.’s Action Fund. The district was officially designated in 2019. It is notable for having a direct association with the historical development of the city, embodying distinguishing characteristics of an architectural style, and promoting understanding and appreciation of the urban environment by means of distinctive physical characteristics or rarity. You can read about the designation here:

The Kingsbury-Doak Farmhouse is listed in the National Register of Historic Places under Criterion C. The land on which the farmhouse is located was settled c.1860 with the construction of the original, smaller farmhouse. The larger addition to the house, built in 1882-1883, is an excellent example of the Italianate architectural style and boasts several unique features.  Several outbuildings remain on the property and contribute to the overall setting and significance of the farmhouse.

The Hartford City Courthouse Square Historic District is listed in the National Register of Historic Places under Criterion A because of its significance as the historic center of Blackford County’s commercial, social, and governmental activities. It is also listed under Criterion C because of its substantial collection of late-nineteenth and early-twentieth century commercial architecture. The district boundaries include 45 contributing buildings, 11 noncontributing buildings, 1 contributing object, and 8 noncontributing objects.

The Mountain View Hotel is listed in the National Register of Historic Places under Criterion A. The hotel, built c. 1906, was an integral part of the settlement of the Centennial Valley in Wyoming. With strong ties to mining, railroad, and early tourism endeavors, the building has remained in service in numerous income-producing capacities for the past 100 years.